Suicide:  Fact vs Fiction. When it comes to topics within mental health, conversations can seem difficult to have, whether it be because of the stigma surrounding mental health, the weight of mental health on those who face it every day or their loved ones, and/or just the fact that sometimes we don’t know what to say or how to best help.

Suicide is seemingly one of the topics under the mental health umbrella that is steered clear from for a lot of reasons. Suicide can be really tough to broach and discuss. The fact of the matter is, no matter how difficult or uncomfortable it is, mental health first aid needs to be implemented when it comes to suicide.

According to the National Institute of Mental Health (NIMH) and the CDC, suicide is the leading cause of death in the United States, claiming the lives of 48,000 people. Unfortunately, suicide is on the rise within certain populations, so it is of the utmost importance that people gain knowledge and awareness of the complexities of suicide in order to best help those struggling with suicidal thoughts and plans. 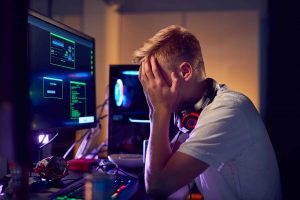 that in 2018, suicide rates among males were 3.7 times higher than among females. In the year 2019, 1.4 million people attempted suicide. In regard to suicidal thoughts, 12 million US adults reported having serious thoughts of suicide. Additionally, 3.4 million of those 12 million adults made plans. With these statistics in mind, it could be hard to delineate between fact and fiction of suicide. Here is more information surrounding fact vs. fiction.

Fact vs. Fiction of Suicide

According to the National Alliance of Mental Illness (NAMI), there are 5 common misconceptions of suicide that need to be and can be, debunked. They are as follows:

FICTION: Suicide only affects people with a mental health condition

FACT: Many people who do have a mental health condition do not experience thoughts of suicide and not all people who attempt or die by suicide have mental illness. There are various factors that can contribute to suicidal thoughts, attempts and death by suicide (death of a loved one, persecution, legal matters, loss of home, illness, trauma, etc.)

FICTION: Once a person is suicidal, they will always be suicidal

FICTION: Most suicides occur suddenly and without warning

FACT: More often than not, verbal or behavioral warning signs precede most suicides

FICTION: People who die by suicide are selfish and “take the easy way out”

FICTION: Talking about suicide will lead to and encourage suicide

FACT: Talking about suicide reduces the stigma surrounding it and allows for individuals to seek help, rethink their options, and share their story

Ways You Can Help and Resources

Suicide is most definitely a difficult and heavy topic, but that doesn’t mean that you cannot offer help and support to someone who is struggling with suicidal thoughts. The first way to help is to be informed of the warning signs of suicide.

Warning signs* include but are not limited to:

The second thing you can do, according to Mental Health First Aid, is assess the individual for risk, including asking them questions surrounding their intent (thoughts, plan, and resources).

Thirdly, you can support the individual by listening non-judgmentally. Listening with genuine care and support will offer the individual a calming and positively impactful experience of having a source of support.

Fourth, you can provide first aid to the individual by offering them reassurance and information. Reassurance is vital due to the potential hope that it can give them when they seemingly have none. If comfortable and knowledgeable, you can go further and offer them information surrounding treatment options.

Finally, you can help the person by encouraging self-help and other support strategies such as past therapy/therapists, family members, friends, and clubs or communities that have been there for them in the past and can be utilized as support currently.

Although it may seem like the topic is too scary to discuss or that you wouldn’t be able to help someone who is struggling, there is always an opportunity to lend support and have a positive impact on that person. We can all do our part to limit the devastating impact that suicide has grown to have on our country. One step at a time.

Compassionate Communication in Relationships – Ways to put it into Practice

How to Engage Fully in Your Life