Improve Communication in Your Relationship with These Four Strategies

The 4 Horsemen, how are they affecting your relationship?

While every couple experiences conflict at some point, too much conflict can lead to feelings of distress and despair. If you are feeling like your partnership has taken a turn the 4 horsemen of the apocalypse may be to blame. 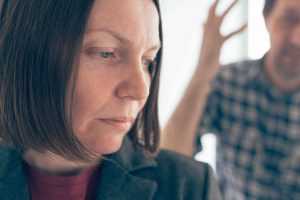 1. Criticism often entails bringing up an issue in a way that focuses on why your partner is to blame. Criticism implies that there is something wrong with your partner and may feel like a character assassination. In looking at criticism from a Gottman lens this is different than voicing a complaint or critique and is seen as an attack.

An example “You never do this! You are so selfish!” vs “I was scared when you were running late and didn’t call me”.

The antidote to criticism is utilizing a gentle start-up. Some ways of utilizing gentle startups consist of using “I” statements instead of “You” statements, such as “I feel upset..”, and describing to your partner about what.. “I feel upset that there are dirty dishes on the counter”, and lastly voicing a need to let your partner know what you are wanting, such as “I feel upset that dirty dishes are left on the counter, and would appreciate it if you would begin putting them away before bed.”

2. Defensiveness often displays its self in relationships when one partner feels as if they need to protect themselves. While the research shows that defensiveness rarely produces desired effects or improves the situation, many couples experience this at one point or another. This is because defensiveness is really an alternative way of blaming your partner. And while many are not aware, there are actually two forms of defensiveness, counter-attack and whining (playing the victim). 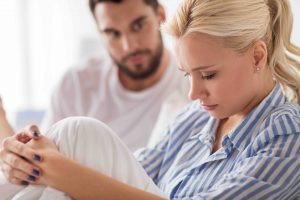 The antidote is to take responsibility. Working with couples on taking responsibility for even a fraction of an argument/problem is a great way to help couples counter act defensiveness and prevent it from re-stemming in future times of conflict.

An example “You’re right, I’m sorry for being late, I’ll work on being more aware of this.”

3.  Contempt is often viewed as the most destructive of the 4 Horsemen and is the single best predictor of relationship dissolution.  Contempt often displays itself in a relationship by putting a partner down and it often triggered by focusing on your partner’s mistakes. Those experiencing contempt may often feel as if their partner is disgusted with them and this unsettling feeling often leads to more conflict.

The antidote is to focus on describing your feelings.  With contempt its often seen that there is an underlying desire or want that is not being met. While it may be easy to become fixed on these, the way to combat this is to describe your own feelings and needs instead of describing your partner. Another way to combat this is by promoting a culture of appreciation within your relationship. Instead of stating what your partner “never does”, and let’s be honest, we have all probably said this, try focusing on what your partner has done or continues to do that you are appreciative of. Showing admiration isn’t a bad thing either.

4. Stonewalling is often seen in relationships when one member of the couple withdrawals physically or emotionally during a duration of heated debate. This can be seen during an argument when one withdrawals from the interaction emotionally and verbally while staying physically present, and gives the cue that they are not listening or paying attention. This can also display non-verbally through arm crossing and eye-rolling. This pattern often stems through feeling criticized and withdrawing and then the more one withdrawals the more their partner attacks. 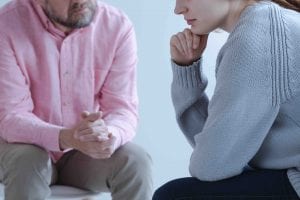 Aside from most not enjoying being stonewalled, the physical effects aren’t fun either. Research shows that stonewalling elevates heart rates and releases stress hormones such as cortisol and adrenaline. Leading to decreased listening and thinking ability.

The antidote is to Self soothe! When you recognize that you can’t think clearly and need to calm down self-soothing by taking a 20 – minute break can make all of the difference during these interactions! Expressing to your partner that you need to take a brief break can serve as a great way to calm down, collect your thoughts, and revisit the argument in a constructive way.

If any of these are a problem for your relationship, know that there are professionals able to help!

Wanting to learn more about other resources outside of therapy that can be utilized to help benefit your relationship? Check out the link listed (https://www.gottman.com/product/the-seven-principles-for-making-marriage-work/) and start reinvesting in your relationship today!

Road to Growth is offering virtual couples workshops to further support couples during this time. Workshops will be held for 6 weeks starting Saturday, May 30th beginning at 12 pm and ending at 1:30 pm. The workshops will center around the Gottman Method.

Weekly meetings will include take-home resources, exercises, psycho-education, and conflict training at an affordable cost to you, $100 for individuals and $125 per couple for the 6-week duration. Registration ends on May 25th and appointments can be made by calling (574) 993-1776. 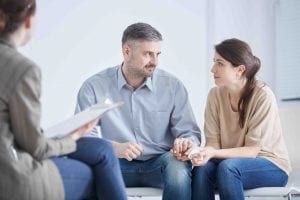 Do I Have Social Anxiety?